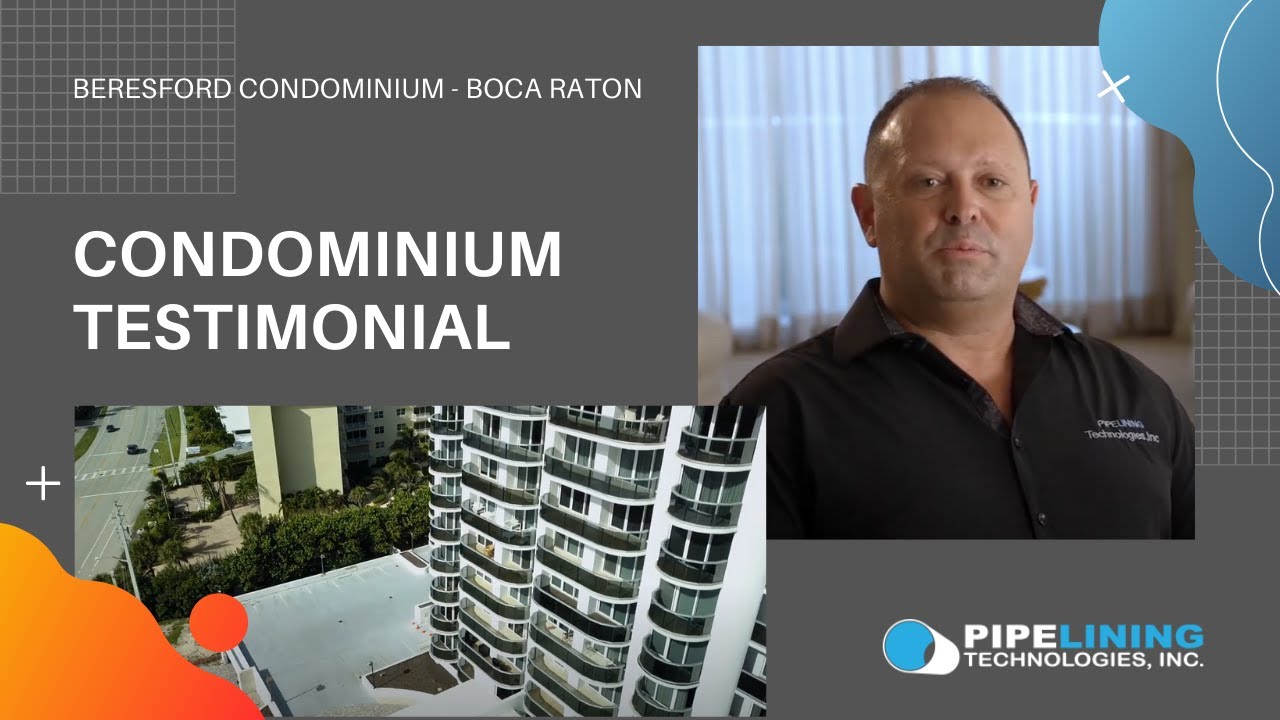 Pipelining Technologies, Inc. was contracted to rehabilitate 34 vertical cast iron stacks in a 14-story oceanfront condominium.  At the Board’s discretion, the project was divided into two phases, according to priority needs.

The Condominium Board approved the SOW and PTI worked closely with the Board’s Engineer throughout the project. A dedicated team of skilled technicians delivered consistent, timely results to meet the projected timeline and promote the highest standards of care.

PTI installed structural CIPP (cured-in-place pipe) lining via continuous inversion method. Robotic equipment was used to perform precision reinstatement openings of more than 350 branch lines. Most of the work was initiated from the rooftop, well out of sight of visitors and residents. Vapor tests were performed to verify comprehensive lining success.

As a result of the coordinated efforts of the entire PTI team, this substantial vertical stack CIPP project was conducted with minimal interruption to residents.

When you hire Pipelining Technologies, you're going to know as much about your plumbing system as we do. ... We provide you with facts of every condition of your pipes.

Everything we do starts with an in-depth assessment of your existing pipes. We use advanced technology to capture detailed measurements and conditions of your property’s pipes and build a streamlined plan to repair any damaged sections. Our inspections are much more specific than a plumber’s video, but we are always happy to review any current videos you may have.